"Man can live without gold… but not without salt." - Cassiodorus

Can gourmet salt add to our green living lifestyle? For me, the answer is definitely "Yes"!

There's no doubt that salt adds something to many dishes and prepared foods. But not all salt is the same.

There are lots of regional salts available now, with their different tastes and characteristics. Not surprisingly, these arise from slightly differing constituent minerals. Increasingly, they are attracting the tag "gourmet salt".

Picture: Maldon Sea Salt is highly rated by many chefs.

This page looks at salt as an ingredient, explores the differences between gourmet salt and table salt, and looks at what is added to table salts.

Then we search out some of the best salts on the market - the gourmet salts. Scroll down towards the bottom of the page to view details of some of them. (Some are also shown in the panel on the right, as available on Amazon.)

There are details of gourmet salts from around the world and the eco-friendly production methods used to harvest them. Natural gourmet salts may also contribute to your good health. Many of them contain additional valuable natural minerals.

Click here to go straight to the descriptions of the different natural gourmet salts.

How does gourmet salt contribute to a greener lifestyle?

While there may be nothing wrong with using plain table salt, using some gourmet salts may contribute a little to your green living efforts. Most gourmet salts are from low-scale eco-friendly companies which have a vested interest in protecting the environment.

See Halen Mon and The Maldon Crystal Salt Company, below the ads for particularly good examples of this.

It occurs in nature in certain rocks and of course in seawater. Gourmet salt is the same - though there may be a higher proportion of other valuable minerals included. Human blood contains 0.9% salt, so it is an important element in our diet.

Salt is present in many natural foods so we do not generally need to add a lot of extra salt to our foods. Nevertheless, a little gourmet salt is both valuable and delicious whether added at the table or in cooking.

The salt we use in cooking is either sea salt or rock salt. Sea salt is harvested from seawater. Rock salt is mined from deposits such as those found in Cheshire, UK.

Humans have been eating foods with added salt forever and a day. Back in Roman times salt was a part of a soldiers pay (hence our word for "salary" which comes from the Latin.)

Salt was valued by early societies for its role in preserving foods. Mediterranean salt was dried in "salt pans" and was exported all over the ancient world, some even travelling across the Sahara desert to the African gold coast.

The Egyptians were extracting salt as much as 1450 years BC and more than a thousand years earlier the Chinese described 40 different types of salt and their medicinal properties.

Salt with bread was traditionally offered to visitors in many cultures.

The gabelle, or salt tax was one of the factors which led to the French revolution. In India, the salt marches of Mahatma Gandhi and his followers are legendary as they were instrumental in breaking the stranglehold of the British Empire upon the subcontinent.

Salt features in US history, too. The Confederates may have lost momentum, in part, because of salt shortages. In Georgia in 1862 about half the meat produced was wasted because there was not enough salt to preserve it.

Animals generally love salt too. Herbivores such as cattle will travel miles to find natural salt licks. They don't just supply sodium: most contain a variety of natural minerals such as calcium, iron, phosphorus and zinc. Small animals benefit from salt, too; a salt lick in a pet's quarters can help prevent deficiencies and boredom.

Salt has been important in practically every culture and every country worldwide throughout history. And of course, it's still important today with the difference that, wherever we live we can enjoy gourmet salt rather than just plain table salt.

Salt as a preserving agent

We humans have found a wide variety of uses for salt in food preparation and preservation. Salting was a key method of preserving foodstuffs before freezing became the method of choice for most of us. Back in the 19th century salted food was so common that most people would be consuming as much as 18 grams a day. This is about three times as much as is now recommended for good health!

Salt was used to preserve meat, fish and even vegetables. Without it many societies would not have survived. Even in medieval times in Europe it was still common practice to kill and then salt most of the family's livestock each winter. Agriculture was not advanced enough to reliably feed stock throughout the year. Salt was also used to produce such delicacies as olives. Salted food was important for the early European colonists arriving in America; it often ensured survival in the early days.

Some meat, such as bacon is still prepared today using salt (sodium chloride), though usually other chemicals such as sodium nitrite are also used.

The value of salt

Salt even features in mythology - a sure sign of its importance to our fore-fathers and mothers! In Norse mythology the divine cow Audhumla ate the cosmic salt ice and so created Buri, ancestor of the gods and grandfather of Odin.

A Chinese story relates how the phoenix, or feng-huang, revealed salt-laden mud to a poor peasant.

The unlucky peasant did not understand what he had been shown but knew it should mean good luck. He gave some to the emperor - who relieved him of his life for his pains. Sometime later a little of the mud fell into the emperor's soup - and salt was discovered for the world.

What is the difference between gourmet salt and standard table salt?

An anti-caking agent is usually added to commercial table salt because it prevents clumping and clagging. Salt attracts moisture in the air and will take up a certain amount. This stops it pouring efficiently. Anti-caking agents such as magnesium carbonate and "YPS" are regarded as safe and are used worldwide - except in Japan. However they can affect the flavour of the salt, making it bitter tasting. This is one of the reasons that gourmet salts have so much appeal. By comparison with ordinary table salt they are almost sweet tasting and certainly not in the least bit bitter.

Iodine is routinely added to many table salts as a health measure. some areas of the world are deficient in natural iodine in soil. People in such areas can suffer from iodine deficiency, leading in some cases to goitre, an unsightly and unpleasant condition causing swelling of the neck from enlargement of the thyroid gland.

Here is a brief introduction to some of the best gourmet salt to be found worldwide.

An ocean of sea salt

Many types of gourmet salt come from the sea. It is relatively easy to harvest salt from the sea and some regional salt industries are thousands of years old.

You would think that organic salt would be impossible as salt is a mineral. However, sea salts may be classified as organic because the preparation is done according to organic guidelines. Such salts are exceptionally pure and desirable, having no added chemicals and they are prepared without the use of chemicals, too. Halen Mon, a gourmet salt from Wales, (see below) is classified as organic, as is Geo's Atlantic Sea Salt.

If you want to read an excellent and inspiring work on the many varieties of natural salt available and their culinary uses you can't do better than read this book:

Salted: A Manifesto on the World's Most Essential Mineral, with Recipes

Here are the gourmet salts.

Some gourmet sea salts from around the world

Here are some of the great natural sea salts which you can enjoy. They are in no particular order, though I'll start with my local favourite from just down the road in Essex, England.

Maldon Salt is mild tasting and carries traces of calcium and magnesium. It is especially good because it crumbles so easily, making it easy to add to food at the table. The pyramid-shaped crystals have been produced by the Maldon Crystal Salt Company from the salt marshes since 1882 but the local industry is far older. 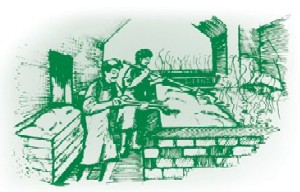 The Maldon Crystal Salt Company's industry depends upon the integrity of the saltings of the Blackwater estuary, which plays a crucial role in the concentration of salt.

Maldon sea salt is highly regarded by top chefs and food writers such as Delia Smith.

The company is now producing a smoked salt, too.

Halen Mon comes from the beautiful Welsh island of Anglesey (Ynys Mon in Welsh). It is harvested by a careful, chemical-free process which enables it to get organic certification from the Soil Association. It contains some calcium, magnesium and zinc and is 100% additive-free.

"Les Algues D'Ouessant" combine sea salt with a variety of sea algaes which give the salt a genuine tang of the sea. It is quite expensive.

Celtic salt, "Sel Gris" (grey salt) is harvested from the sea in Brittany, France, by an ancient method involving wooden rakes. It can be bought in different forms - coarse, fine and flaked.

A similar process is followed in the Isle du Re on the French Atlantic coast. The gourmet salt produced there is called fleur de sel (flowers of salt) and is prized for its complex flavours and high natural mineral content.

Ittica d'Or comes from the west coast of Sicily, a remote area where the sea water is kept pure by a ban on heavy industry. The traditional salt pans are still managed in a relatively low-tech way and the salt produced is pure and higher than most for magnesium and potassium - a natural "low salt". (This is only relatively low, of course; if you are on a salt-restricted diet you should take a look at low salt which is about 50% potassium based.)

Kosher salt is available from Pure Ocean. It is simply produced by evaporating water from the ocean. This gourmet salt is blessed by Rabbis of the Orthodox Union. It's available in fine or coarse grade.

Alaea is the traditional Hawaiian sea salt used by islanders both to season and preserve foods. It gets its distinctive reddish hue from a small addition of Hawaiian clay ('Alae') which is rich in iron oxide. It is used for seasoning native Hawaiian dishes such as Kalua Pig, Hawaiian Jerky and Poke.

You can even buy smoked sea salt: Fumée de Sel by Le Tresor, is produced by a cold smoking process with smoke from oak chips made from wine barrels used in storing Chardonnay. The natural salt flavour and qualities are preserved with the addition of a subtly smoky, complex taste of fine wine.

There's a lot to be said for adding a little salt to some of our foods. We all know about the dangers of an excessive salt intake.

See my page salt and high blood pressure for more about salt and health issues. But if you eat healthily and live a healthy, well-balanced lifestyle and mainly avoid processed and packaged foods with their hidden load of sodium you can afford to indulge in some fine culinary experiences, enhanced by natural pure gourmet salt. And that is entirely consistent with green living because you are helping to sustain valuable, environmentally friendly industries by consuming their produce!