Hybrid Car SUVs - are They Green?

Hybrid car SUVs are fast becoming more popular and more plentiful. This article looks at some of the newest crop of hybrid SUVs and tries to evaluate their contribution to greener - and safer - living.

Scroll down for info on a few of the most modern SUV hybrids and also for a look at safety issues - for drivers, passengers, pedestrians and other road users.

Have hybrid car SUVs got a future?

Hybrid SUVs are never going to compete with bikes, or even electric cars for really green 'street cred'. But some people love SUVs, so they may as well green up as far as possible by making their next upgrade to one of the hybrid car SUVs.

People are choosing hybrids, in many cases, as a response to the looming problems of climate change. There is also a perception, especially in the US, that using hybrids could be one more way to reduce excessive fuel dependency upon other nations, nations which could be politically volatile.

Many people in the rich nations, have become accustomed to cheap and plentiful fuel. It's becoming clear that the days of oil bonanzas and low cost gasoline are already gone and oil prices are quite likely to climb steeply. Why? because the oil reserves of our planet are already depleted and what is left is increasingly difficult to access - hence, as a scarce resource, it's becoming expensive.

How long we will be able to draw on oil deposits for our car fuels is unknown but other fuel sources are emerging, so hybrid car SUVs may well have their day in the sun. 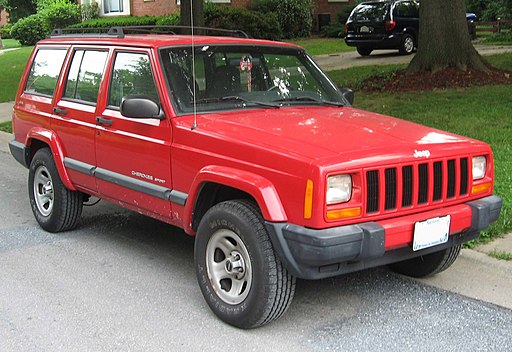 Sports utility vehicles (SUVs) have had a good few years of popularity, and, until recently, their gas-guzzling habits haven't been too big an issue amongst road users. More recently, environmental activists are mounting campaigns to shame SUV drivers for their profligate use of oil. Swedish activists, for example, (October 2007) deflated SUV tyres in an attempt to draw attention to the unsustainability of owning and driving SUVs in an urban setting.

Now most of us are all too aware of the need for fuel economy as a way of cutting down greenhouse gas (CO2) and for the need to reduce urban pollution from exhaust fumes.

There will always be people who consider that an hybrid car SUV is exactly what they want or need to run their business, their family or their lifestyle. Whether oil prices will rule this out as an option for all but the richest sections of society remains to be seen.

Whatever you think of the politics or morality of driving SUVs there is no doubt that the companies producing them are now bending over backwards to give them some green credibility. And some of the latest hybrid car SUVs are quite impressive.

So what can modern hybrid car SUVs offer the discerning eco-shopper?

Here are a few details on some of what's available now, what's coming in the near future, how many MPG you are likely to achieve and other environmental benefits of SUV driving.

Which hybrid cars for sale attract you, will depend upon how deep your pockets are and used hybrid cars are still fairly thin on the ground. Even second-hand hybrid cars can be quite pricey; brand new hybrid SUVs are very far from being a cheap option. But you may still make some savings on fuel over the course of a year as compared to a non-hybrid SUV.

So, if a SUV it has to be, here are some of today's options.

This one's not here yet. It should be rolling off the production line in 2010. It will be one of the most advanced models available to date. VW have invested heavily in their "BlueMotionTechnologies" which deliver low emissions with considerable power. If this car lives up to the promise it will be able to travel up to 50 km/h on just battery power. It can also tow a hefty 3.5 metric tons.

The Touareg should deliver around the same kind of power and performance as a standard gasoline model - but with 17% better efficiency. At 26mpg overall, the gas consumption is not so bad - for an SUV at least.

Now to a machine which is already available.

Chevrolet’s Silverado Hybrid is a half-ton pickup. It comes with either 2 Wheel Drive or 4 Wheel Drive and has an extended cab. The fuel consumption is only slightly impressive at around 19mpg. However, it is rather better than its conventional version at 14 mpg!

Prices are around 32,000 dollars. The newest Silverado hybrid is now available in 2009 but the numbers will likely be limited.

It has already won an award at the 2008 LA motor show.

This is a large beast of a car, with a serious engine, for the real SUV lover. It has been designed to be "one of the most well-equipped and safest trucks in the market".

Not content to rest on their laurels, Chevy are adding to the ranks of hybrid car SUVs with the new Tahoe.

Chevrolet are bringing out a new SUV which has been manufactured by three collaborating companies (BMW and general Motors being the other two.)

This is a full-size, powerful SUV which can accommodate seven or eight passengers and their kit, and can also pull up to 6,000 pounds weight. The engine is a version of GM's 6.0-liter Vortec V8, so the starting point is a heavy gas consuming engine. However, Chevrolet claim that it will be 25% more fuel-efficient than its competitors.

There's a hefty 300-volt battery under the seats. The thing that is supposed to mark the Tahoe out from the crowd is the computer technology and linking systems which harnessed electric and gas power as needed for maximum efficiency. The control units for the hybrid powertrain deliver the chosen speed while balancing the amount of power from each motor.

The weight which the powertrain and battery add are to some extent compensated for by such features as aluminium hood, tailgate and tyres. Chevy have done a considerable amount of work on the aerodynamics to ensure minimal drag.

The price tag is still a company secret but it's likely to be something in advance of what you would pay for a conventional drive Tahoe, probably around $50K.

GM is predicting around 40% better mileage than the petrol model in city driving and the car can run on electric only for a high proportion of the time in urban conditions. However, one test driver of the new Tahoe achieved only 18 mpg, which looks at first sight only slightly better than the conventional model (13-17 mpg). (The company claims 20 mpg, which is where the 40% better mileage claim comes from.)

The heavy SUV needs petrol to shift it on the motorway, so the electric motor shuts down at cruising speeds. It can, (using its brain and control units), masquerade as a V4 at higher speeds, which again helps fuel economy.

This hybrid also runs on just gas when pulling heavy loads but you could say at least it pulls them! It is after all supposed to be a sports utility vehicle.

Reviewers who have driven it were impressed by its capabilities. So if you are an urban driver who likes to transport Uncle Tom Cobbley and all, while pulling a ton of rubble about, just maybe this is for you.

Where this really comes into its own is for those people who spend weekends and vacations tugging boats and caravans about the place. If that's what you like to do, this SUV will get the job done and it will be greener and cleaner than other the alternatives, as it purrs about the hills and lakes of your favourite holiday destination.

As for me, I'm going to look at electric cars!

by Jack Erjavec and Jeff Arias has the most comprehensive inside information on what's what in this fast-changing industry.

SUVs have been criticised for their safety record in road crashes with other vehicles and for their tendency to roll over easily compared to cars with a lower wheel-base.

Genuine SUVs which are designed for off road use need to have good clearance. (There are a couple of conventional models available where the ground clearance can be modified for off-road use, giving the driver a better and safer on-road experience.)

SUVs have been particularly popular with women drivers, no doubt in part because they are perceived as safe. They are roomy and comfortable for children and their friends. They are seen as the modern alternative to the "space wagons" and people carriers of the eighties and nineties.

But are they really so safe?

This is a big (and contentious) issue. Here are a few pointers. and facts to get you thinking (and asking searching questions) if you do go looking for hybrid car SUVs to buy.

While from the perspective of passengers and driver, SUVs are seen as safe, on road they are more often involved in RTAs involving small cars and motorbikes. 70% more motorbike accidents in the US involve SUVs than cars (proportionately). There is some evidence that SUVs give drivers a false sense of security, owing to the superior driving position and smooth powerful ride.

SUVs also have a poor safety record for tailgate accidents. Small children and others may be easily knocked down because the size of the vehicle makes all-round viewing difficult for the driver. Most modern SUV models have now had new design features included to solve this problem.

According to the Insurance Institute for Highway Safety (US) the worst vehicles for traffic fatalities in recent years are small cars and large and medium SUVs.

The latest hybrid car SUVs are better designed and are less prone to roll-overs. However, they are still very big cars and it does not take much imagination to foresee which would come off the worse in a collision between one and a small car.