Greener Technology - Can It Help Us? 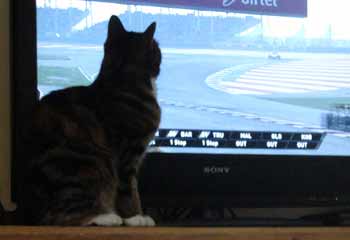 Greener technology is being developed by most large manufacturers of electronic wizardry.

Clearly, most modern communications kit has a pretty large environmental footprint. Some companies are at least engaging with the question of how to restrain the negative environmental consequences of their products.

Here are some examples of greener technology which you may find interesting. This short article focuses on the communications end of green technologies, i.e. cell phones (mobiles) and home computers.

Most people these days want to have the use of a mobile. Cell phones have swept the world since they became small enough and cheap enough to be objects of desire to millions. Some of the latest generation smart phones enable the user to cut down on kit. Hopefully, this minimalism will become a trend.

Phones such as the Vodaphone HTC Desire and the Apple iPhone enable us to browse the net, take decent photographs and play games as well as keep in touch with friends and family. Smart phones are becoming almost standard for many western users.

Although in theory this could lead to less use of different pieces of equipment, in practice, many people want to have an iPhone and an iPod and maybe a MacBook as well. The undoubted appeal of tablets such as the iPad and its competitors is changing the market.

As a user of hardware such as tablets, laptops and phones it is well to be aware of the whole cycle from production to destruction or recycling. The sad truth is that there is a whole lot of work to be done on improving recyclability and sustainability with regard to such technologies.

Nevertheless, the best modern technology lets us be more effective in our lives and offers us the potential to be a little bit greener, too, at least in some respects.

Some of the greenest mobile phones are recyclable to a large degree. Motorola's MOTO W233 Renew is made from recycled plastics and the company promises to offset all the energy used in its manufacture. Not only that, they off-set the carbon emissions from the buyers' usage of the phone for the first two years.

Sony Ericsson's GreenHeart is not only recyclable but the phone charger draws very little power - far less than comparable models. The product uses waterborne paints and therefore is made with minimal VOC emissions*.

The carbon footprint is reduced by offering a web-based manual only and by using recycled plastics in production of the phone.

Sony offers recycling for all its consumer products and guarantees that recycling will be done in an environmentally "conscious" way. However, when I researched their collection points on their page for the UK I was directed to a third party site, http://www.recycle-more.co.uk/. So, they are pointing out where the consumer can find recycling facilities but do not offer a direct service.

Neither of the above-mentioned products seem to be widely available. There is an issue as to how valuable they might be if there are few available for purchase, or if there are perceived deficiencies in their performance. See Amazon reviews of the Motorola Renew for customer feedback on this model.

Chinese and South American companies are collaborating to produce a solar powered cell phone. This will be a wonderful advance for everyone who needs to work away from electricity supply lines. There has been a lot of talk about such phones but they do not yet seem to be widely available.

Some of the latest computers are very well designed when it comes to energy use. Pressure is being exerted by many public bodies and environmental organisations such as Greenpeace.

Apple did very badly in a 2007 Greenpeace report: The Guide to Greener Electronics. In 2012 they were still quite a way from top of the pack (a position currently held by Indian electronics firm WIPRO who manufacture neither cell phones nor computers).

Apple have now made it their business to develop computers which can go into sleep mode very easily and which use very little electricity to keep them going. The new Mac mini, for example, uses less than 11 watts of power to keep it going in idle mode. Apple supplies environmental information on all its products, from manufacture to recycling. You can not only check energy use but also check which materials are used during manufacture. See Apple and the Environment for details of any of their products and their manufacture and energy usage.

Apple won several Gold standard EPA awards for the Apple MacBook in 2008 on environmental criteria. While they are very good at promoting themselves as a green, environmentally aware company, some people have criticised them for the appearance out-running the reality. You can check out the Apple MacBook Air reviews here. Unfortunately most people are more focused on performance rather than greener technology criteria!

Dell computers has made it their mission to solve the legacy of redundant computers: "environmentally-responsible product recovery and recycling program". They provide a world wide service, recycling old computers, not just of their own make. You can see where they recycle here. They will even pick up their own computers for recycling for free. I took a look at the links provided by them for recycling computers in Britain. Although they claim to recycle any old computer, it does appear that you need a Dell order number to proceed, so you need to be a past or present customer to access this service. They will pick up for free from designated recycling places. The limit is 31Kg in up to two boxes.

Toshiba is also getting involved with recycling in a big way. They now host and participate in recycling events across the US and they offer discounts on new equipment when you bring old equipment to be recycled. They are also developing a PC which uses fewer toxic metals in construction but they are far less advanced in this than many other companies. They have just phased out PVC and brominated flame retardants (BFRs) from most products. At present they continue to score poorly on the Greenpeace criteria because of poor energy management.

The Greenpeace guide is produced annually and rates companies on a whole range of criteria including supply chain issues such as avoiding illegal sources of materials, and e-waste policies.

At present a large percentage of computers and other obsolete electronic waste is shipped out to Africa, where young children trawl the waste heaps for recyclable parts. This tragic trade results in a lot of ill health and misery. The favoured way of recovering copper wire for resale, for instance, is by burning the waste, which releases pollutants into the air in toxic concentrations.

Efficient and clean recycling practices are a big part of greener technology. There are good facilities provided by some governments and local authorities. In the UK we are now signed up to the Waste Electrical and Electronic Equipment Directive (WEEE Directive) of the EU. This means (in theory) that facilities should exist for green recycling of computer and other communications waste. In the EU up to 85% of electronic waste should be recycled effectively by 2016 under the WEEE Directive.

In the US the picture is complicated by the fact that recycling is mainly handled on a state by state basis. However, the trend here is towards more recycling and more responsibility for recycling taken by the consumer and the manufacturer. In California, for example, there is an upfront fee when you buy new a computer which goes towards the cost of providing recycling centres. There are more recycling centres than ever before and in many places it is now illegal to send computers to landfill.

Recycling in a sustainable way that does not involve exporting the problem is key to the future use of personal communications technology. It is important that we all take some responsibility for this - individuals, manufacturers and governments. Loopholes and breaches will continue to be a problem. This aspect of greener technology is perhaps the most important. However, it is good to see that some firms are now taking a "cradle to cradle" approach and examining production methods, too.

Hopefully far more examples of greener technology for home electronics will emerge as the demand for a cleaner and more sustainable world swells.

Greener Technology - Can It Help Us?

Please do not copy without permission. This site is protected by Copyscape.

Energy Saving Tips to Help Keep the Bills Down