What is the best attic insulation to use from a green living viewpoint?

Good attic insulation is now understood by everybody to be essential for keeping both costs and carbon emissions down.

There are many different types of insulation available for insulating your attic or loft. You can buy insulation for your attic floor and you can insulate the under roof (rafter) spaces, too. The choice of good green insulating materials is growing.

Durability and price are important considerations, too for most people, in the quest for the very best attic insulation.

This article focuses on loft insulation materials with a view to finding the greenest and most effective products without hitting your pocket book too hard.

Wool insulation is now becoming popular as people turn to more environmentally friendly options. It certainly has many impressive advantages as an insulating material. Sheep's wool is the main contender at the moment.

Actually, wool is not that new as an insulation material; yurts and other habitations favoured by nomadic peoples have long been lined with woollen rugs to enhance insulation against the cold.

First, it is completely non-toxic and can easily be sustainably sourced. Further it can even trap environmental toxins, such as formaldehyde, making it a useful ally in the battle to achieve a non-toxic home environment. Many modern fabrics and home furnishings can emit formaldehyde.

Thermafleece, a UK sheep's wool insulation, has been used in schools because of its protective qualities.

Borax and rubber - both naturally occurring products - are used in preparing sheep's wool for use in insulation. This does not affect the wool's hygroscopic qualities but improves its "memory" (shape-holding) and helps make it fire-retardant and deters insects.

Wool can also take in a certain amount of moisture without impairing its insulating properties. Up to 30% of its volume can be water before there is any appreciable change in its R value.

Used loose, as with EcoWool, shown below, there is a limit to how much humidity should be present in timber framed buildings. It should not be used if the moisture content of the wood is over 24%. 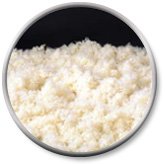 Sheep's wool is totally recyclable. Nevertheless, it is fairly well protected against insect damage. Most sheep's wool insulation products are treated with borax to deter insect pests. This is a safe procedure which should normally present no health hazards. It is advisable to wash your hands after handling wool insulation.

Wool fibres are too big to present a health risk to workers - unlike fibreglass - and people installing it need not even wear any protective gear, making it faster to install.

Although wool can burn it is not especially inflammable. It is regarded as naturally flame retardant. If it does burn there are no toxic gases to worry about and it tends to extinguish itself. Most types of insulation are constructed using mechanical processes so there are no glues or bonding agents to emit gases.

Wool has very low "embodied energy". Compared to most other insulation materials it uses less energy in the manufacture of the product. As this is a natural product, there are relatively few processes involved in its production.

It also compares very favourably with most other forms of insulation as to its effectiveness (usually measured as "r" value.) It delivers slightly better insulation than rock wool, for example on like for like comparisons of insulation depth.

There are environmental concerns regarding wool and the extremely toxic chemicals used before shearing. Sheep dip chemicals are designed to kill insects but they have achieved notoriety for their affects upon farmers and the poisoning of ground water. These chemicals are washed away before the wool is used for insulation.

As regards cost, it is hard to compare like with like, but it seems that sheep's wool insulation is not significantly more expensive than other options.

Rock wool is widely available. What is it?

Rock wool or stone wool is quite literally finely spun stone. This is done at high temperatures in a furnace and the aim is to incorporate a lot of trapped air. The resulting fibres look like a dull-coloured candy floss. The individual fibres conduct heat rather well but because there is so much air trapped by the fibres the net effect is a very good insulating material.

Rock wool is thought to be relatively safe. Precautions should be used to prevent fibres detaching and blowing about but the hazards are considered far lower than for fibreglass.

The fibres of rock wool can produce local irritation to skin. This stuff is scratchy to use but tests so far have revealed no major health concerns.

Use protective clothing and gloves if you are laying rock wool in your loft yourself.

Rock wool is not flammable and is often chosen partly because of its fire retardant properties.

Recycled plastic insulation is made of recycled bottles - just like fleece clothing.

It's now available in large outlets such as B and Q in the UK.

I've not used this and as is fairly new on the market, it will be interesting to see how people get on with using it. It's hard to say whether it will have any claims to be the best attic insulation but recycling plastic bottles has to be a big plus!

One report I read from a DIY-er made it sound difficult to use and hard to cut. There is also no real information given as to how fire-proof it is. These are important considerations if you are considering it for attic roof insulation.

It comes in rolls, so may be laid over previous layers of insulation, which is very convenient.

What is the best attic insulation:

Both perlite and vermiculite are widely used in construction for their insulating properties. Neither are common as attic floor insulation. Their main use is in gypsum and plasterboards and for filling cavities.

Nevertheless, as many people may be using them when lining the roof space when creating more living area in their homes, we take a brief look at them here.

Perlite is a naturally occurring silica based volcanic rock.

It expands up to three or four times when heated. It is used as a loose fill for filling up crevices in concrete and other hard to reach areas. It provides excellent thermal insulation and in addition helps reduce sound transmission. It is rot proof, fire proof and not subject to attacks from vermin.

The perlite used for insulation is mainly manufactured from perlite ore from volcanic rock. It is successful as an insulator because it has lots of trapped air within its structure.

It is not normally used for roofing insulation.

Vermiculite is a similar natural product to perlite and also expands during heating to form a highly insulating material which is sometimes used in home insulation.

There have been queries in recent years about the safety of vermiculite after it was found that the main source for vermiculite in the US could be contaminated with asbestos fibres. This was vermiculite coming from the Libby mine in Montana which is now closed down. The vermiculite from that source formed in a slightly different way to other vermiculite sources world wide. See my page Asbestos dangers - what you need to know for more on vermiculite and asbestos.

Tests have been conducted on vermiculite from around the world and no problem with asbestos has been found. For more on this also see http://www.schundler.com/atticinsulation.htm

Vermiculite is waterproof, light weight and helps with sound insulation. It also resists insect attack and is fire-proof. It is an economical material to use and it's long lasting. It is not generally used for attic floor insulation but finds many other uses - block and cavity walls, and plaster and cement products.

Neither perlite nor vermiculite can be considered as the best attic insulation as they are not as user-friendly as the rolls of rock wool and sheep's wool which are the main contenders.

I'll add more contenders for the best attic insulation as I find them - so far sheep's wool looks to be one of the very best.

For more on insulating your home you may be interested in: 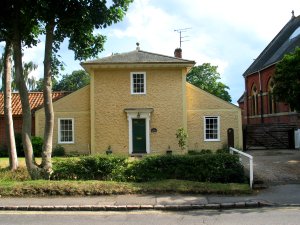